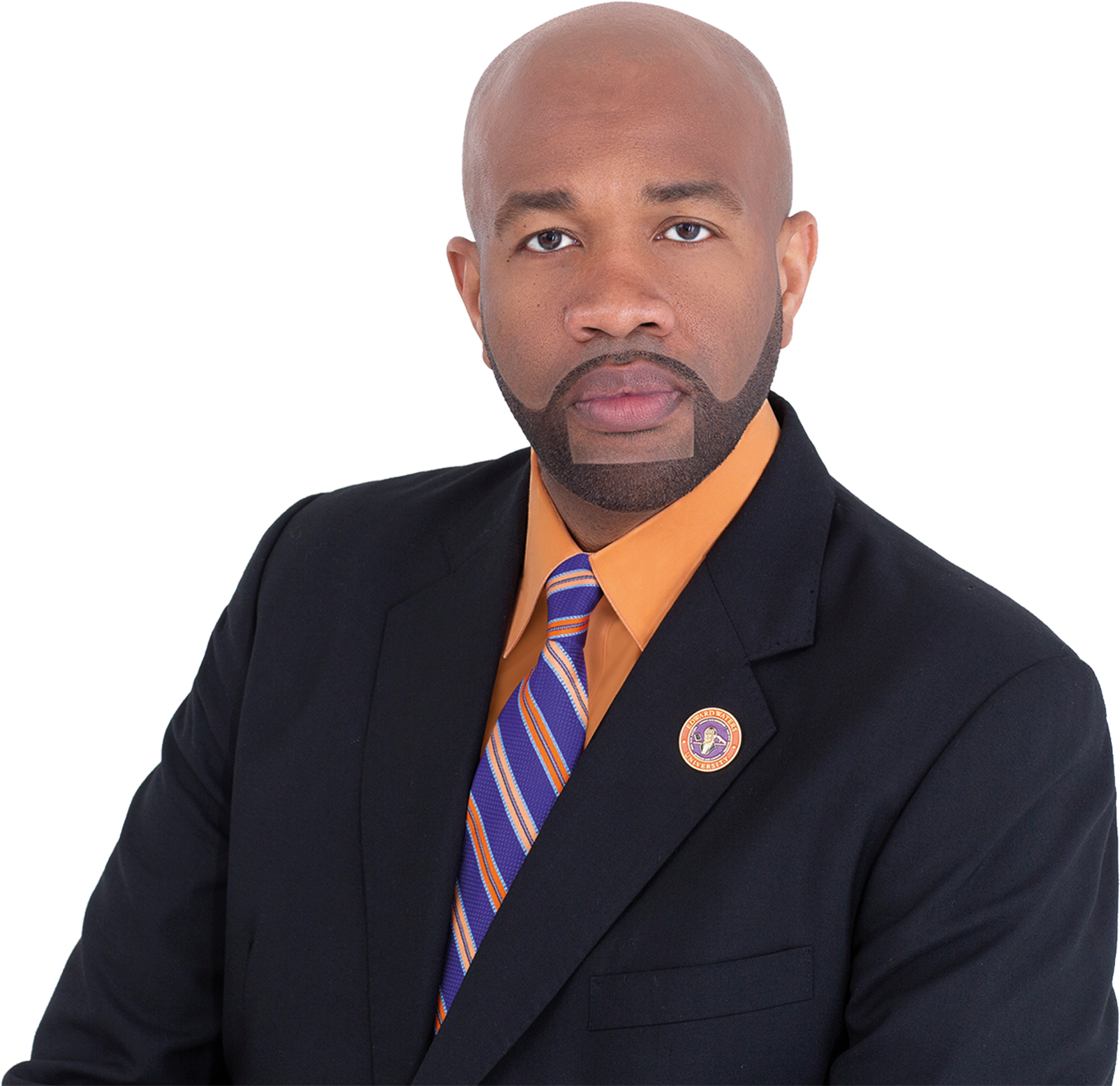 The Biography of A. Zachary Faison, Jr., J.D.

Dr. A. Zachary Faison, Jr. took the helm of Edward Waters University (EWU), the State of Florida’s first independent institution of higher education and first Historically Black College or University (HBCU), in July 2018 post a unanimous vote by the University’s Board of Trustees making him the nation’s youngest HBCU President or Chancellor. Since that time President Faison has led in the development and implementation of an ambitious strategic plan and agenda for the institution, titled Eminence 2025. Under the leadership of President Faison, the institution has undergone a dynamic and historic transition having recently in June 2021 been authorized by its accrediting body, (the Southern Association of Colleges and Schools Commission on Colleges—SACSCOC) to move from a baccalaureate to master’s level degree-granting entity thereby ascending after 155 years from Edward Waters College (EWC) to Edward Waters University (EWU). Relatedly, in 2021 under President Faison’s leadership EWU was further approved to offer the institution’s first ever graduate degree program by SACSCOC, the Master of Business Administration (fully online MBA), while simultaneously achieving a successful SACSCOC fifth-year accreditation review, without recommendations, reaffirming EWU’s full accreditation through 2025. In 2022, the institution launched its second ever graduate degree program—the Master of Education Policy and Advocacy (MEPA) which is also offered fully online.

Named one of the HBCU Campaign Fund’s ‘Ten Most Dominant HBCU Leaders’ of 2022 and designated by the Jacksonville Business Journal as a ‘2021 Ultimate CEO’ and recognized by the Jacksonville Record & Observer as one of Jacksonville’s ‘Six Top Newsmakers of 2020’, President Faison with the support of a dynamically assembled team of dedicated academicians and administrators, has led EWU in achieving record high enrollment, extraordinary programmatic and academic profile advancement, and unprecedented fiscal, fundraising, and resource development success. Notably, and despite the challenges wrought by the COVID-19 pandemic, for the third consecutive year EWU experienced phenomenal enrollment growth as this past fall (Fall 2022) enrollment at Edward Waters University soared to over 1175 students (1181 for Fall 2022) marking the highest overall enrollment the institution has seen in nearly two decades. Having grown its enrollment by a remarkable 26.6% over the past three years, EWU has quickly become the fastest growing HBCU in the State of Florida and the fastest growing College or University in Jacksonville per published reports.

Additionally, under President Faison’s leadership EWU earned SACSCOC approval to offer the University’s first ever fully online undergraduate degree program (i.e., the Bachelor of Business in Organizational Management); launched the A. Philip Randolph Institute for Race, Law, Social Justice and Economic Policy; established the Charles H. Pearce Summer Institute and Bridge Program; secured an innovative corporate partnership with Follett Higher Education group to provide six-figure philanthropic support to the University and furnish new Chromebook laptop computers to every new first-time in college full-time Edward Waters University student through the year 2025; and led the contractual renegotiation necessary for the City of Jacksonville to directly fund a $4.4 million-dollar renovation of the University’s largest student residence facility and the $4.3 million-dollar new construction of the University’s first ever on-campus athletic stadium both completed in 2021.

Further, President Faison also recently led EWU in earning NCAA Division II membership for its intercollegiate athletic program for the first time in the institutions history while rejoining the historic Southern Intercollegiate Athletic Conference (SIAC) after a nearly century long hiatus. In addition, under his leadership EWU concurrently added five new sports to the institution, including its first ever women’s soccer, men’s volleyball, and men’s and women’s indoor track programs as well as the return of the university’s women’s golf program in collaboration with THE PLAYERS Championship. The University’s rapidly ascending trajectory under President Faison’s leadership is well chronicled as the institution earned back-to-back-to-back recognitions by the HBCU Campaign Fund as a Top 10 Smaller HBCU Rising for 2019, 2020, and 2021.

A native of Atlanta, Georgia, President Faison’s career exploits include distinguished professional experiences as a higher education executive administrator, educator, and attorney. Prior to his Presidential appointment, he served as the General Counsel & Vice President of External Affairs at Tuskegee University; Vice President for Enrollment Management & Student Affairs at Virginia Union University; Special Assistant to the President for Legal & Legislative Affairs, Community Affairs, and Economic Development; Chief of Staff; and Vice President of Institutional Advancement & Executive Director of the MVSU Foundation at Mississippi Valley State University.

As a scholar-educator, Dr. Faison currently holds academic rank as an associate professor of Business Administration and has held professorial appointments at both the undergraduate and graduate levels in various academic disciplines including Political Science and Criminal Justice. He is also a former state prosecutor having served as an Assistant District Attorney prosecuting criminal felony drug cases in Georgia. President Faison graduated Magna Cum Laude from Albany State University (ASU) with a Bachelor of Arts (B.A.) in English where he was an ASU Presidential/Foundation Scholar, ASU Velma Fudge Grant University Honors Program Graduate, ASU National Merit Scholar Graduate, an inductee of the Alpha Kappa Mu National Honor Society, and upon graduation was awarded for being the highest-ranking student in the University’s Department of English & Modern Languages. He attended the University of Georgia School of Law (UGA) where he earned his Juris Doctorate (J.D.) and was a member of the UGA School of Law Executive Moot Court Board & UGA Law Moot Court team. He is a licensed member of the State Bar of Georgia and is admitted to practice before all of the state and federal bars of Georgia. President Faison has completed post-doctoral study as a graduate of the Harvard University Graduate School of Education’s Institute for Educational Management (IEM) and was a Millennium Leadership Initiative (MLI) Institute Fellow of the American Association of State Colleges & Universities (AASCU) & Association of Public Land-Grant Universities (APLU).

Additionally, he is a graduate of AASCU’s New President’s Academy and is a Gamma Cohort Fellow of the Higher Education Leadership Foundation (HELF). He also holds the Certification in Fundraising Management (CFRM) designation from The Lily Fundraising School of Philanthropy at Indiana University.

He is the son of Alderman Faison, Sr. and Dr. Jewel J. Faison, and brother to Dr. Morgan Zacheya-Jewel Faison. President Faison has been blissfully married for fifteen years to Mrs. Tyciee L. Faison, who is also a seasoned higher education administrator/educator and seminary trained theologian. 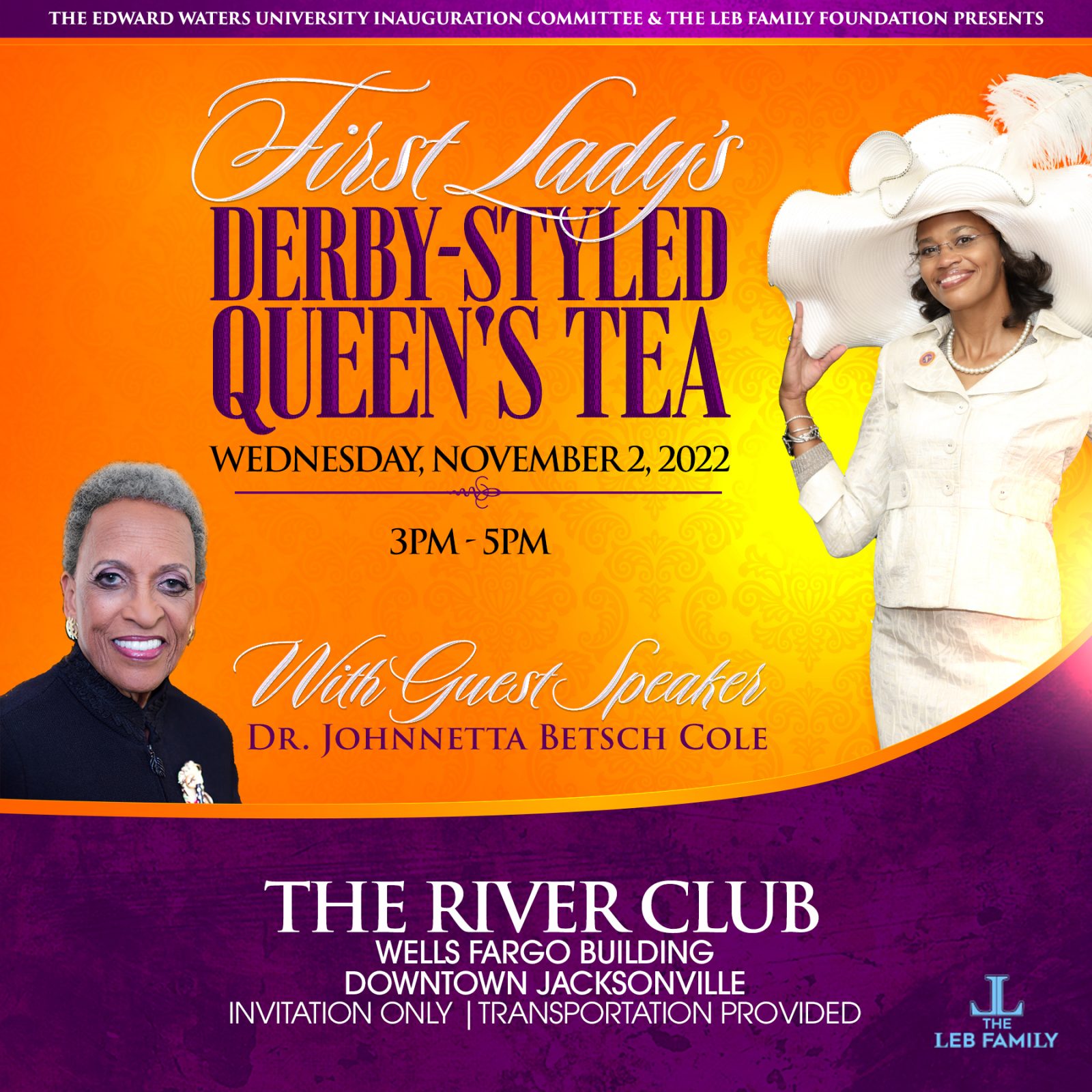 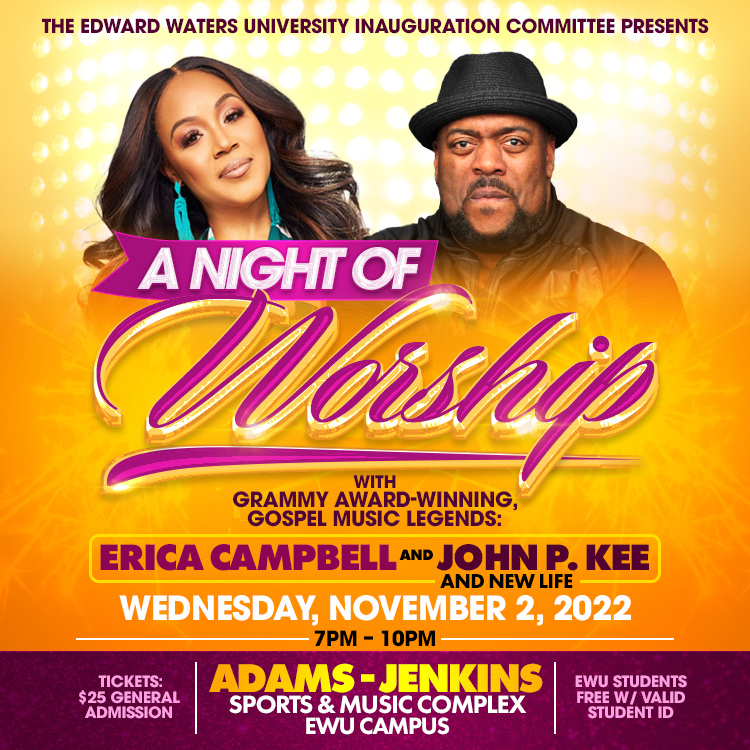 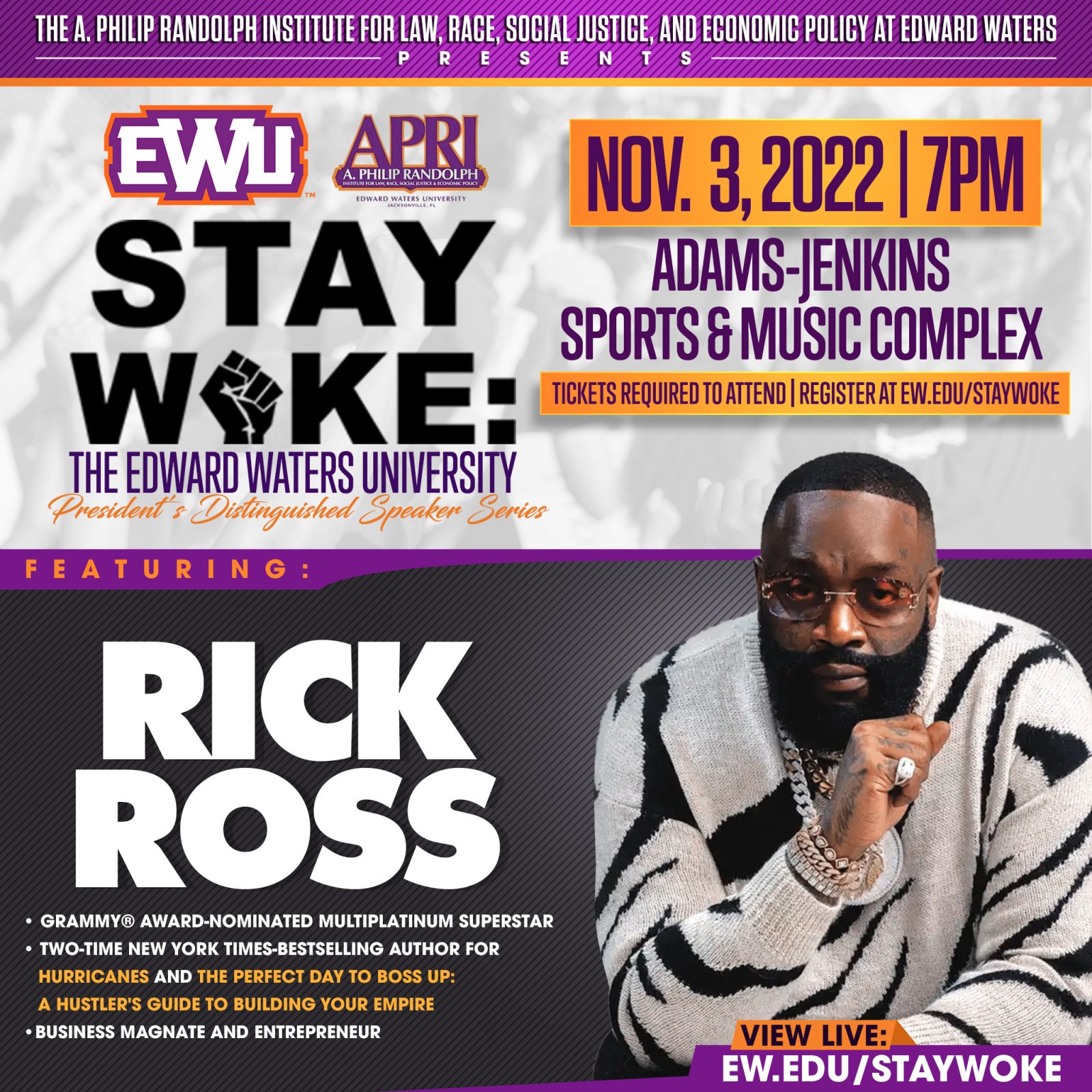 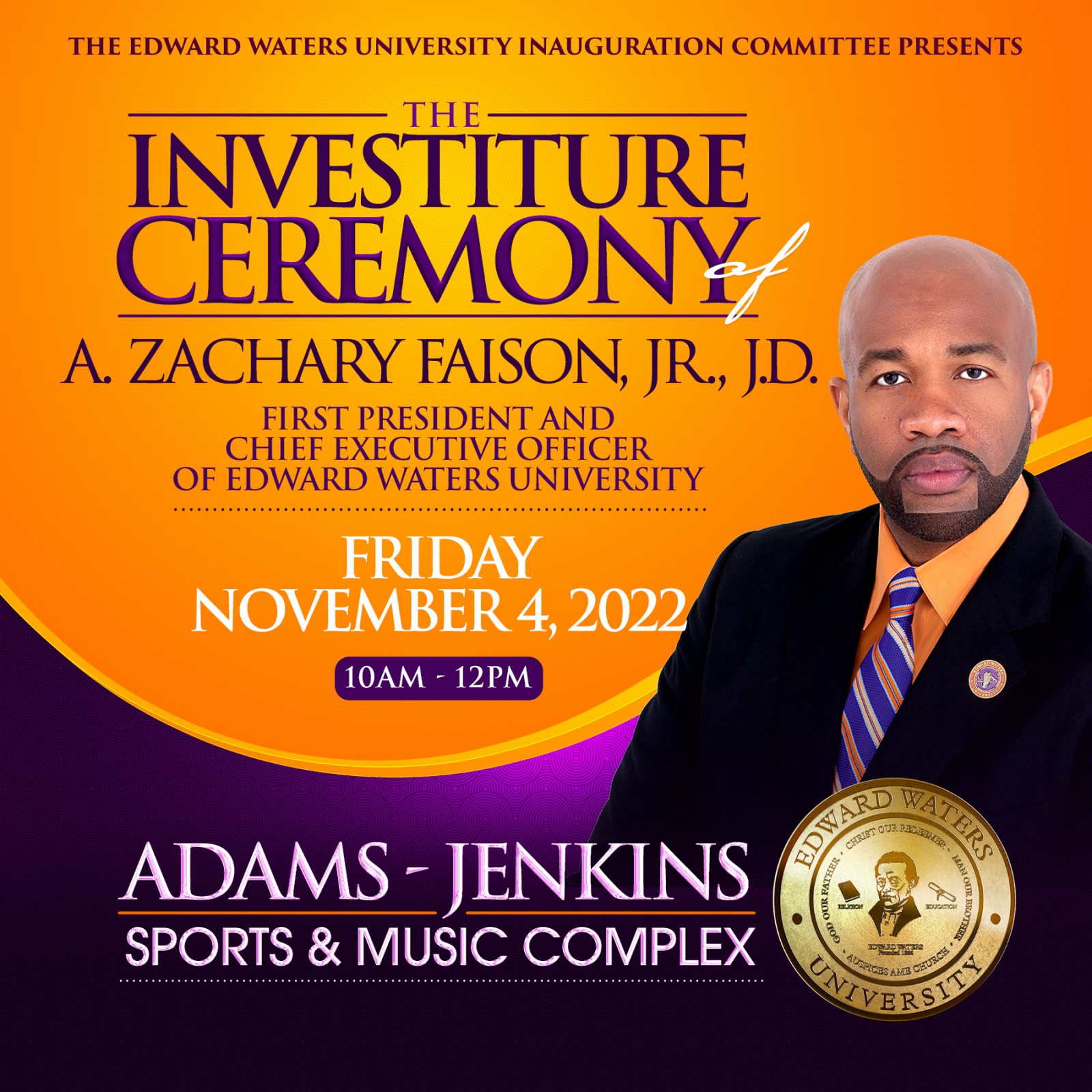 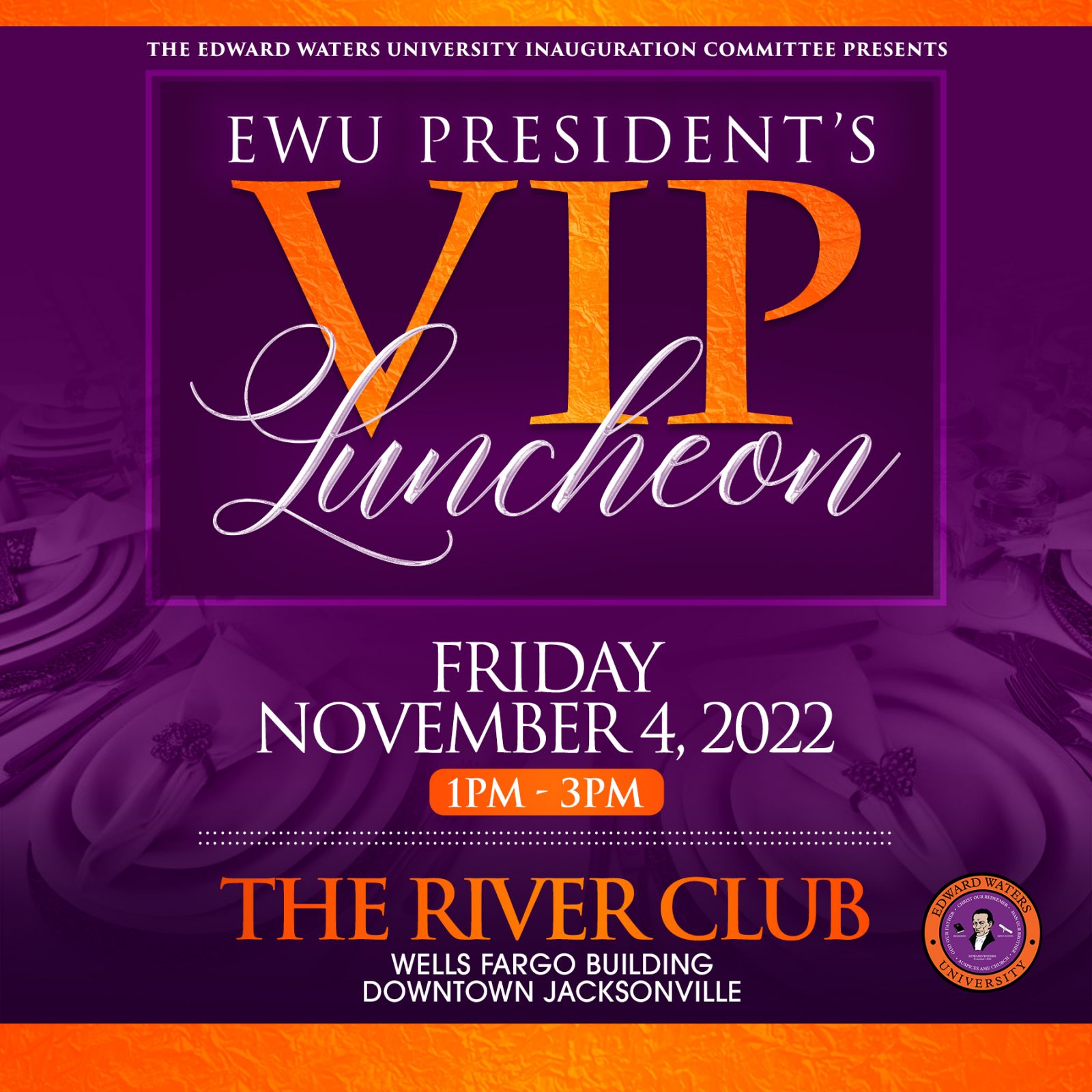 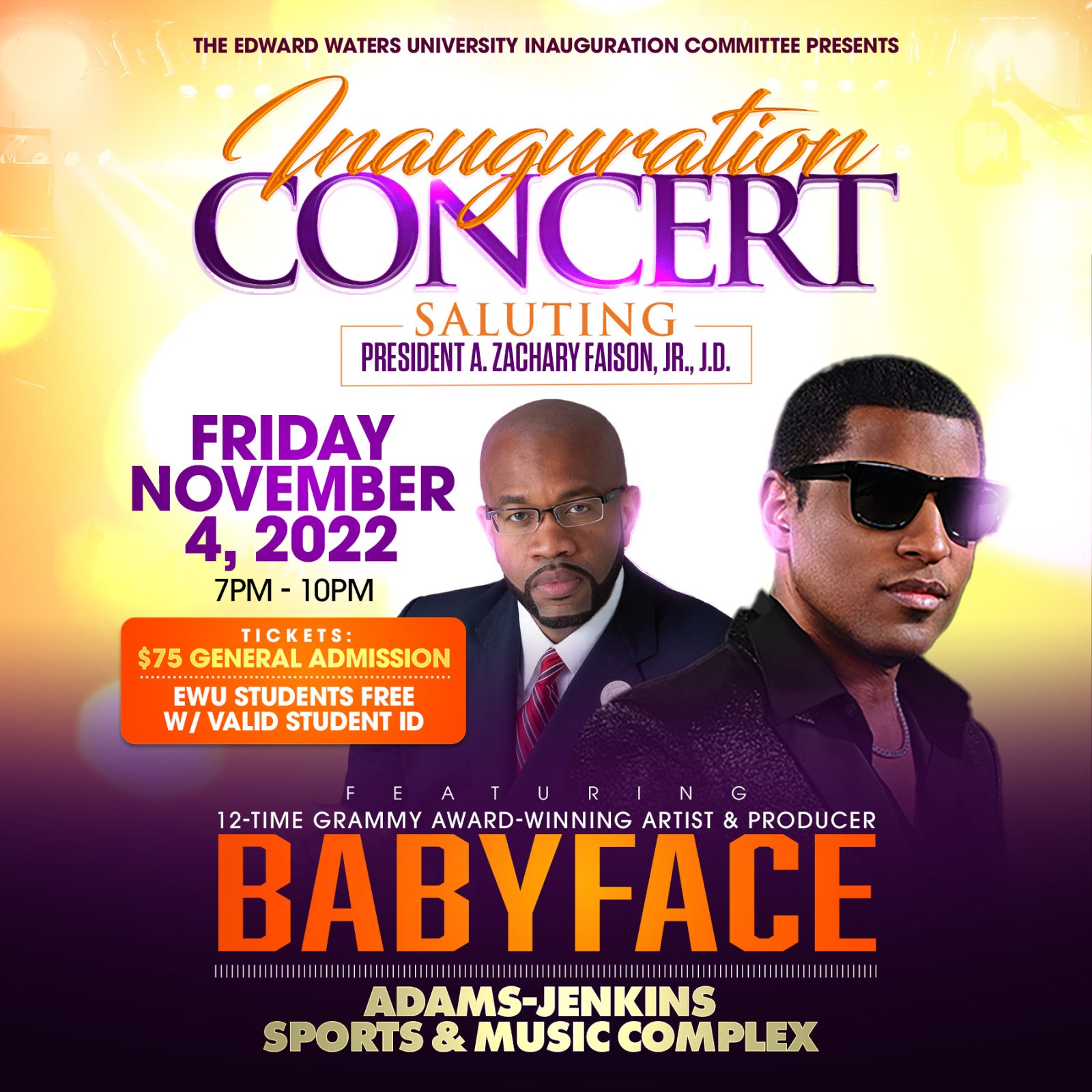 Previous
Next
Click Here To Book Under The EWU Corporate Rate

Previous
Next
Click Here To Book Under The EWU Corporate Rate

How is it that the president is being installed as the first president of Edward Waters, when the institution was founded in 1866?

The institution has undergone a dynamic and historic transition being authorized in June 2021 by its accrediting body, the Southern Association of Colleges, and Schools Commission on Colleges (SACSCOC) to move from a baccalaureate to master’s level degree-granting institution, thereby ascending after 155 years from Edward Waters College (EWC) to Edward Waters University (EWU).

What are the plans for the inauguration of the president of Edward Waters University?

“A Celebration of Eminence,” the inauguration theme, highlights the momentous occasion of A. Zachary Faison, Jr., J.D. being inaugurated as the first president of Edward Waters University (EWU).  The investiture ceremony will be held on Friday, November 4, 2022, 10:00 a.m.-12:00 p.m. at the Adams-Jenkins Sports & Music Complex on the EWU campus. Other events include a First Lady’s Tea, A Gospel Concert, VIP Luncheon, Distinguished Speaker Series, and an Inauguration Concert. A full schedule of events is posted on the inauguration website at inauguration.ew.edu.

Who may attend the installation ceremony?
All faculty, staff, students, alumni, friends, and supporters of the university are welcome to attend. It is open to the public.
What takes place at the Installation Ceremony?

An installation ceremony is a long-held tradition in the life of an academic institution. As EWU celebrates the installation of its new president, it also reaffirms the rich history and legacy of the university. The inauguration further provides an opportunity to share the president’s vision, heighten the university’s visibility in the community, and showcase its milestone achievements.

The ceremony is festive and colorful with the presence of delegates from numerous academic institutions and learned societies who are robed in academic regalia. There is music, a processional and color guard, and a presentation of the university’s symbols. There will also be special tributes presented by platform guests, and the president’s inaugural address.

Will classes be canceled, or schedules changed during the inauguration?

On Friday, November 4, 2022, faculty who teach classes between 9:30 a.m. and 12:30 p.m. are asked to allow their students to attend the Presidential Inauguration, which will be an educational experience.

Will campus offices be closed during the inauguration?

Campus offices will remain open during regular business hours throughout the inauguration, including during the investiture ceremony. Employees who wish to attend the ceremony may make arrangements with their supervisor to do so.

Is parking available on campus for the inauguration events?

Is there a host hotel?

Yes, there is a limited block of rooms being held at the Jacksonville Marriott hotel and the Hyatt Regency Riverfront with a special EWU rate on a first come, first served basis. You may contact the Marriott Jacksonville Downtown at 800-535-4028, group code is, “Edward Waters University, or book online at: Book your group rate for Edward Waters University President’s Inauguration. You may contact the Hyatt Regency Riverfront at 904-588-1234. The Group Code is G-EWPI, or book online at: https://www.hyatt.com/en-US/group-booking/JAXRJ/G-EWPI.

Will the ceremony be streamed online?

Yes, the investiture ceremony will be live-streamed. A link will be available on the website at: inauguration@ew.edu

What if I have additional questions?

The inauguration website at inauguration.ew.edu will provide additional information and specific details as inaugural events are finalized. If the website does not answer your questions, please email inauguration@ew.edu.